How to recognize a twin pregnancy 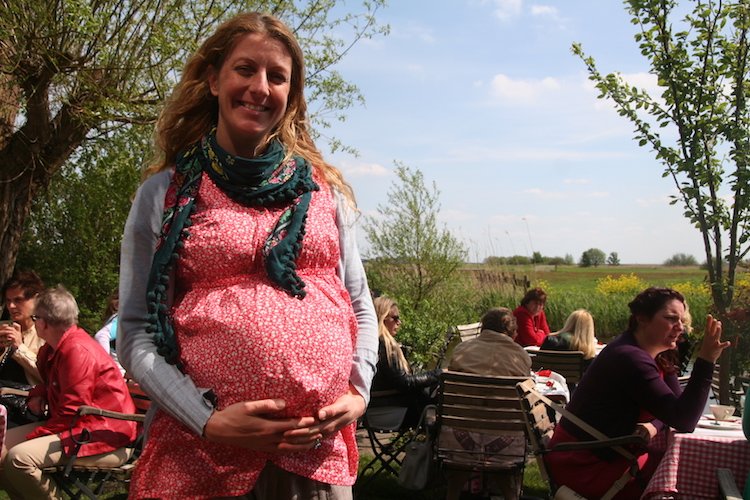 Are you expecting twins? It’s anyone’s guess up until your very first ultrasound but if you experience the below symptoms, you just might be.

1. You  feel very ‘pregnant’ very early on. When you’re pregnant with twins your body starts producing more HCG as early as the first two weeks after conceiving. It’s because of this hormone that you’re likely to experience multiple symptoms of pregnancy soon - even before you would have your next period. In my case this meant intense stomach cramps, acid reflux, sensitive breasts and a for lack of a better word, busy sensation in my belly, very shortly after conceiving. These symptoms often woke me up or kept me up at night because it felt like there was so much going on down there. Classic early stage symptoms include any or all of the following: nausea, fatigue, dizziness and more frequent urges to pee. Let me be clear here though: every pregnancy is unique, so the fact that you experience these symptoms at any stage does not mean you will definitely give birth to twins.

2. Severe nausea, intense fatigue and other ‘double’ symptoms. It’s not uncommon for moms who are having twins to feel like the symptoms hit them twice as hard as moms who’re expecting one child. You’re not just tired, you’re absolutely exhausted. You’re not just nauseous or dizzy, you feel like you have been spun around for two hours straight after devouring an entire wedding cake and then made to ride a rollercoaster twice. Backwards. High blood pressure is a common phenomenon, as is severe back pain or feeling pain in and around your pelvic area.

3. The pregnancy test can show a positive very early on. As in: between 8 and 12 days after ovulating, whereas it’s usually somewhere between 12 and 16 days with single-child pregnancies. If you take the test right after you were supposed to get your period, you’ll very likely see a positive result very quickly and clearly.

5. Your belly gets bigger, faster. Again, not a definitive tell-tale sign you’re having twins, but some basic logic does apply: seeing as how your belly would be nurturing two babies (and most of the time two placentas) your baby-bump gets noticeably bigger in the early stages. But by the time you start getting really big (final trimester) you should be fairly certain you’re going to give birth to twins.

6. You have a strong premonition. This is clearly not an official symptom but it does happen very often. A poll I conducted for my twin book  among over 1,000 twin moms showed that one in three twin moms instinctively knew very early on that they were having twins. They would joke about it, suddenly started seeing twins everywhere they looked or had dreams about it.

Are you certain you’re having twins? Congratulations!  The one thing I would strongly recommend is to take your time to really take a good look at what you eat because being pregnant takes a massive amount of energy. The less you exhaust yourself the quicker you’ll recover post-partum. Or, to give it a more positive spin: the more and better you replenish your reserves, the more resilient you will be after giving birth.

Are you certain you’re having twins? Congratulations!  The one thing I would strongly recommend is to take your time to really take a good look at what you eat because being pregnant takes a massive amount of energy. The less you exhaust yourself the quicker you’ll recover post-partum. Or, to give it a more positive spin: the more and better you replenish your reserves, the more resilient you will be after giving birth.

You’ve probably already been prescribed iron supplements, but make sure to supplement your intake of minerals, vitamins, essential fatty acids and folic acid. Ask your OBGYN, an orthomolecular doctor or a licensed nutritionist for a personalised/ tailored advice, especially when you’re prone to severe nausea or acid reflux and not able to eat enough.

MORE STUFF YOU’LL LOVE:
10 skills any twin mom will master in no time
This is the chaos you face when you have twins
Twin names you'll love for twins born 2020

Janneke is the face behind My Little Dutch Diary and writer of the Dutch twin book 'O jee, het zijn er twee'.

The 60 cutest twin love photos you have ever seen