10 things all Dutch moms do 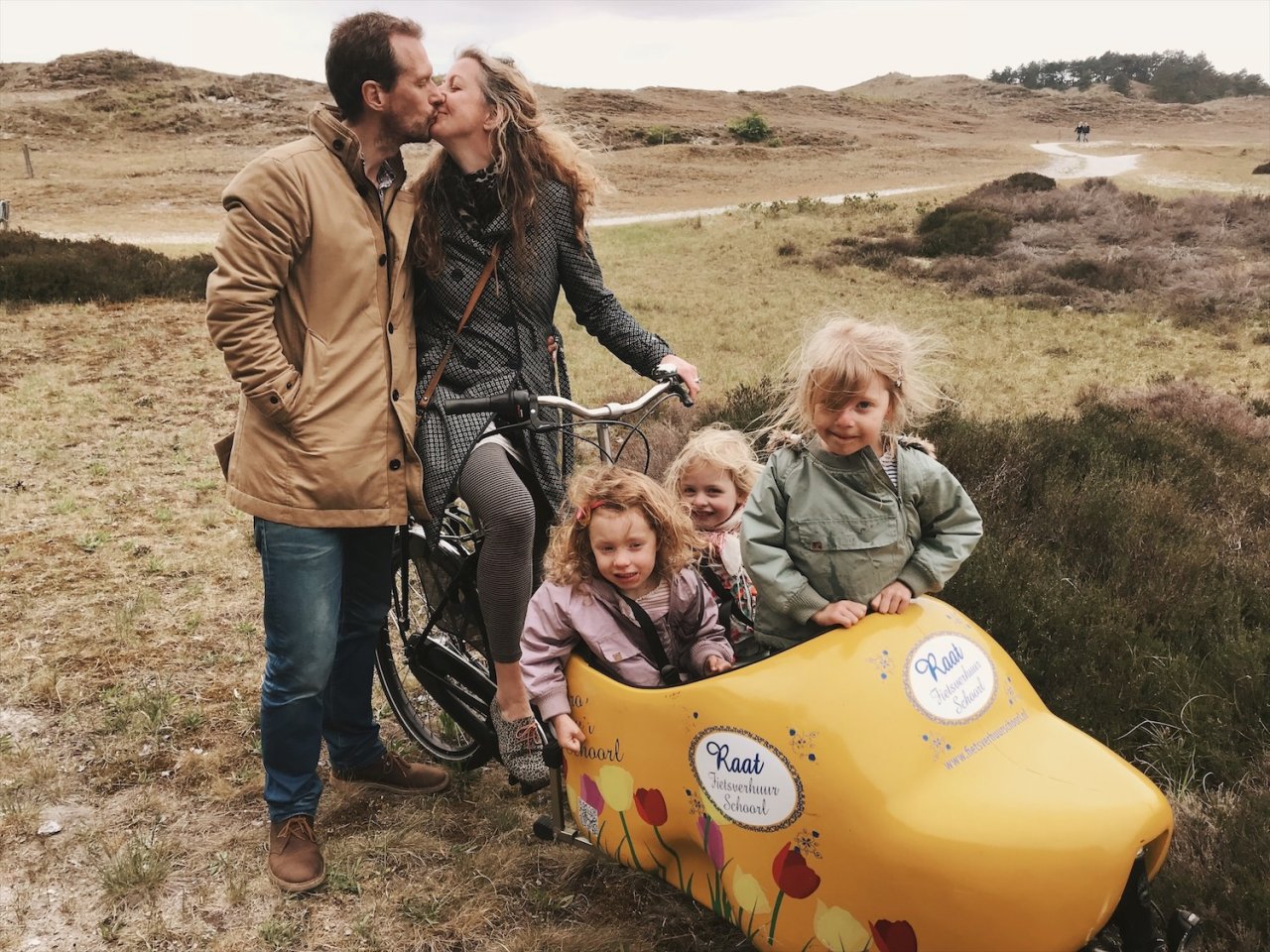 You’ve probably heard Dutch babies and children are the happiest in the world, so what’s the secret of their moms? I’m taking a few guesses with this list, gently poking fun at some of the stereotypes surrounding Dutch moms.

1.     Dutch moms ride bikes. All the time. They use a bike to bring their kids to daycare, to school, to do groceries, and to go to work. This means they get plenty of exercise and fresh air. When they have more than one child and/or live in the city (with very limited parking space), they usually ride a cargo bike, often even an electric one. I have one myself and I can honestly say that it’s the best. I only take the car out for special occasions.

2.     Dutch moms give their children chocolate sprinkles on bread, called ‘hagelslag’. Maybe not every day, but often. I usually give my children hagelslag on weekend days. During the week they eat ‘pindakaas’ (peanut butter).

3.     Dutch moms have dinner with their family at 6 pm. Every day, even in weekends, it’s family dinner time at 6 pm in Holland. We eat dinner together as a family; our most famous Dutch dish is ‘stamppot’ (mashed food). And although that’s basically baby food for adults, children usually prefer ‘pannenkoeken’ (Dutch pancakes).

4. Dutch moms live by the motto ‘whatever works’. Although most of us have pretty strict bedtime and dinnertime routines, we don’t pretend we know how to parent. We just live by whatever works (at least, I do, and I’m trying to set a trend).

5.    Dutch moms let them be little. We don’t plan out our children’s future at an early stage, we just let them discover it for themselves. ‘Loving negligence’ – a term coined by Dutch psychologist Dolph Kohnstamm -  is a form of parenting many of us embrace. You love them but you don’t helicopter.

6.    Dutch moms embrace traditions. We have many specific Dutch festivities that play an important role in our lives: Sinterklaas (who’s actually the original Santa Claus), Sint Maarten (another Saint), King’s Day (our king’s birthday), Three King’s Day (on the 6th of January) – to name a few. Having been a Dutch kid myself, I vividly remember how all of these traditions and the little rituals that came with them brought a sense of magic and joy into our lives. The festivities were not about receiving presents (although we did get some), but about the togetherness and ‘gezelligheid’ (the Dutch word for ‘hygge’).

7.    Dutch moms decide where they deliver their baby’s. Most Dutch moms get to choose whether they want to deliver at home, with their midwife, or in a hospital. Of course, there are exceptions. Twin births (like mine) are always accompanied by medical staff in a hospital. Still, we have one of the highest natural birth rates (as opposed to C-sections) for twin pregnancies worldwide.

8.    Dutch moms just act normally. ‘Just act normally’ is something we say often in the Netherlands. I don’t always agree with that, I mean, sometimes you just have to act splendidly unforgettable, but when it comes to mom life, we don’t strive to be perfect. We don’t always like our kids, or our husbands, and we don’t have perfect kids’ rooms, or skin tones, or six packs – and we don’t pretend as though we do. It’s all OK. We already juggle work and parenting (most Dutch moms combine the two) and that’s enough.

9.    Dutch moms have a sense of humor. Dutch people are known as direct, but they also have a sense of humor. Most Dutch women are down-to-earth, trying to appreciate their natural beauty (they are known for showing up at the schoolyard in jogging pants and Uggs with messy hair and no make up), and master the art of self-deprecation. Dutch moms embrace the concept of imperfectionism. When something isn’t perfect: joke about it. It’s much more fun. Most Dutch moms have watched the Dutch television show De luizenmoeder (The Lice Mother), which pokes fun at how we behave at the schoolyard, and find it hilarious.

10.  Dutch moms rely on Dutch dads. Most Dutch moms find their partners at a relatively old age – we have our first baby at approximately 29,8 years. And although by that time we are fully independent, we really appreciate our partners. A lot of Dutch men have a ‘papadag’, whereby one day a week dads take care of the children while mom goes to work. Most Dutch dads are tall, funny and direct. So there’s not much to complain – although they could be a little bit more romantic (watch this commercial to see how romantic Dutch men really are).

The 60 cutest twin love photos you have ever seen